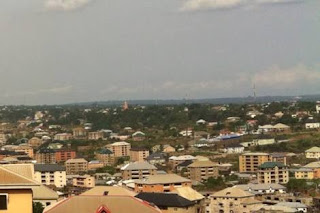 Community leaders in Obosi, Anambra State has outlawed funerals and elaborate ceremonies at the burial of members of the community who died in the course of committing crime.

The leaders took the decision after a general meeting of stakeholders in the Obosi Kingdom, recently.

The law outrightly bans funerals for cultists, or those who died in prison custody, as well as members of the community that have been involved in armed robbery, kidnapping and other high crimes.

The community leaders, in a circular to churches in the area, urged priests and pastors or other church leaders not to perform funeral services or ceremonies for those known to have died in these criminal activities.

The circular, signed by the Traditional Ruler of Obosi, Igwe Chidubem Iweka, and made available to newsmen, described such deaths as shameful and abominable, instructing that whoever died in such circumstances should be burial quietly and without ceremonies.

The ban was aimed at checkmating crime in the area and serving as a deterrent to the community members who might want to take to crime.

Speaking to newsmen, the President General of Obosi Development Union (ODU) Chief Ikechukwu Madubosah, said that the union has so far tried to instill peace and equity in the area since he took over.

According to him, his administration had also been making efforts to educate youths on discipline and the need to shun crime and violence.

Also speaking, Chief Okey Mgbemena, who is a prominent member of the community, aid that the law had been on since ages but was being flouted.

Mgbemena, the Uzzi of Obosi, said that they were only reaffirming what had been forgotten.

He regretted that confirmed criminals were being given decent burials such that those in secret cults were becoming proud of it, adding that with the reenactment, the law-breakers would be punished appropriately.

Posted by ANGLICAN DIOCESE OF OWERRI at 1:11 AM