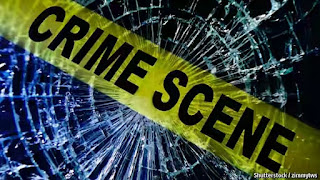 The Divisional Police Officer (DPO) of Ahiazu, Mbaise
, Imo State, Superintendent of Police (SP) Danjuma Ragga, has expressed regrets that many crime victims are reluctant to stand for their cases in court.


The DPO said this during his sensitization tour to Umunomo lhitteafoukwu in Ahiazu Mbaise LGA, Imo State.

He pointed out that the task of the police would be made easier and the society crime free if the public collaborates with them and, therefore, charged the people to be security conscious and work in tandem with the police to checkmate crime.

SP Ragga reiterated the essence of timely relevant information to the police to assist them in detecting and controling crime, underlining that without notification, crime is likely to surge.

The community police friendly DPO said crime fighting is a collective responsibility and team work and harped on the need to put heads together to sanitize the society.

He underscored that there is hardly any fraudster, armed robber or kidnapper that did not start pilfering from homes and schools to stealing from neighbours, community and the larger society, guarantying confidentiality of reports and above all adequate protection of lives and properties.

Earlier, the Chairman of Umunomo lhitteafoukwu, Mr. Fidelis Oguaka lamented the spate of gangsterism, gambling, cultism, drug abuse, burglary, rape and other heinous vices, calling for more security presence in the area to help flush out miscreants and make the neighbourhood safer with the Christmas approaching.

Speaking, Imo state Chairman Medical and Health Workers Union of Nigeria and the State Treasurer Nigeria Labour Congress (NLC), Comrade Francis Nzenwata, decried the rise in crime and stressed the need to nip the menace in the bud.

He lauded the community coordinator, Imo Security Network (ISN), Mr. Simon Eze, for working hard to minimize crime in the community but appealed for stronger ties with police to relieve the community of undesirable elements and sleepless nights.

Thanking the DPO and his men for finding time to come and interact with the people, a community leader, Mr. Thaddeus Ibe said they were highly impressed, remarking that the visit has restored their confidence in the police.

He assured the communities resolve to assist the police tackle crime headlong and appealed for quick response to distress calls.

Present at the visit include the LGA former Deputy Chairman, Hon. Magnus Chigbu, the LGA Ex-Councillor for Umunomo/Umuchieze, Nze Donatus Onuoha among others.

Posted by ANGLICAN DIOCESE OF OWERRI at 11:03 PM