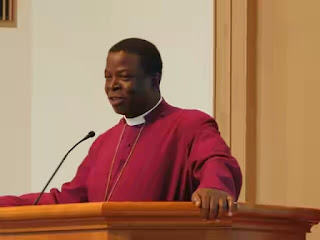 The Primate of all Nigeria (Anglican Communion) the Most Rev.Nicholas D.Okoh has urged Christians not to fear, despite all oppressive tendencies of the devil around them and the tough times they are passing through.

“There is no gainsaying the fact that the church is passing through tough times. There are many oppressive tendencies now than ever before that could be regarded as satanic. Also the situations in our country today tend to create fear in the lives of Christians: Political unrest, insurgency, kidnapping, herdsmen attacks and so on. In the midst of these the message of God remains, unchanging: 'Fear Not'”.

The Primate was speaking at the opening of the 6th edition of the Divine Commonwealth Conference held at the National Ecumenical Centre, Abuja recently.

Primate Okoh said it is not surprising that “we are being confronted with fear on daily basis”, but he quickly added that God, the master planner, has gone ahead to prepare a shield for his people. No wonder then, he said, that there are 365 'Fear Not' in the bible, meaning that one 'fear not' is received for each day in the year.