I induced no one to take oath - Ararame, says he is devout Christian 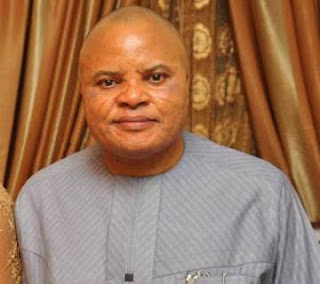 A Chieftain of the All Progressive Congress, (APC) and serial governorship aspirant, Senator Ifeanyi Araraume, has denied allegations of forcing party members to take an oath in exchange for their loyalty.
Imo State Governor, Rochas Okorocha had accused some politicians in the state of administering oath on some party members.

In reaction to the allegations, Araraume who spoke on Sunday at his Owerri/Onitsha road campaign office said he never did such because he is a devout Christian who believes in God through his son Jesus Christ. He also said he is not a hypocrite as alleged by the state governor.

Speaking to some newsmen, he expressed regret that his hard earned image is being smeared negatively because of the 2019 election.

Araraume said that he is a Catholic Knight who can never subject his faith to the evil exercise of any kind.

He further described the allegation against his person as cheap blackmail by his political rivals and detractors in the party who do not want his progress. He appealed to Imo people and the members of APC to disregard such rumours, urging them to remain faithful to the party.

To the party leaders and members,the Senator advised them to always drum support for him even as he expressed hope that come 2019 he would emerge the next Imo State Governor by the grace of God. He assured all the party members and leaders to imbibe the spirit of unity and have the love of accommodating each other.

“No one in Imo State has the right to remove or sack you, even the Governor cannot”, he said.

He assured that if elected Governor, his government will carry everyone along. He drummed support for President Muhammadu Buhari saying “We in APC must always support President Mohammadu Buhari’s Presidential reelection bid to enable him fight corruption, insecurity and to restore the economy of the country”.

He advised anyone interested in the APC governorship ticket in the State to boldly step out and declare his or her ambition without fear.