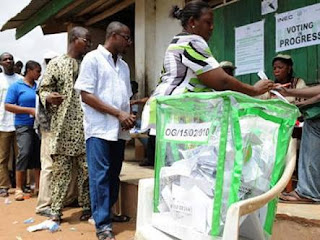 The candidate of the United Peoples' Party (UPP), Mr. Osita Chidoka, has alleged that voters demanded money to vote for him in the just-concluded gubernatorial elections in Anambra State.

Chidoka, who issued a statement after his defeat at the polls, blamed the situation on the distrust the people have for politicians.

“They traded their votes because they doubted we would truly represent their interest”, he said.

The former minister of aviation and former corps marshal of the Federal Road Safety Corps (FRSC) said that his party, however, refused to offer money for votes and attributed their failure to the situation.

He said that the party does not regret the decision to refrain from money politics.

While thanking his party's supporters, he stated that having polled 7,903 votes across the 21 LGAs in the state, they would retreat but not surrender.

“We lost to superior financial power”, he said but added that they attempted to change the course of events by rejecting godfatherism.

Posted by ANGLICAN DIOCESE OF OWERRI at 6:48 AM