Church leaders in the global South cannot continue to focus on the faults of others while neglecting the needs of their own people, the President-Bishop of the Province of Jerusalem and the Middle East, Dr Mouneer Anis, said last week.

Addressing 16 Primates, gathered in Cairo for the sixth Global South Anglican Conference, Dr Anis said that they had spent “almost two decades reacting to the unilateral decisions and the changes in the theology and practice made by some Churches in the West. But now it is time for us to also give needful attention to the challenges that are before us in the Global South. We cannot continue to focus on the faults of others while neglecting the needs of our own people.”

He listed the 40 million people living with HIV/AIDS, and 1.1 billion who did not have access to clean water, as evidence of the need to confront the Church:

“We have to be involved in peacemaking where there is conflict, provide health where there is sickness, bring hope where there is despair.” He also listed failings in the Global South Churches, including corruption, tribalism, polygamy, poor treatment of women, and the prosperity gospel. Teaching on sexuality remained a “major challenge”, he said. “Unilateral decisions” taken by some Churches had left him wanting to “weep as Jesus did over Jerusalem”.

He warned that some Western Churches and organisations “use their wealth and influence to push their own agendas in the global South”. This was a “new form of ideological slavery”, he said, that Churches must resist. The diocese of Egypt with North of Africa & the Horn of Africa does not accept money from the Episcopal Church in the US (News, 4 March).

The final communiqué from the gathering, issued on Sunday, criticised the authorisation of liturgies, and the making of pastoral provisions for the blessing of same-sex couples, and the consecration of bishops and ordination of priests living with same-sex partners. 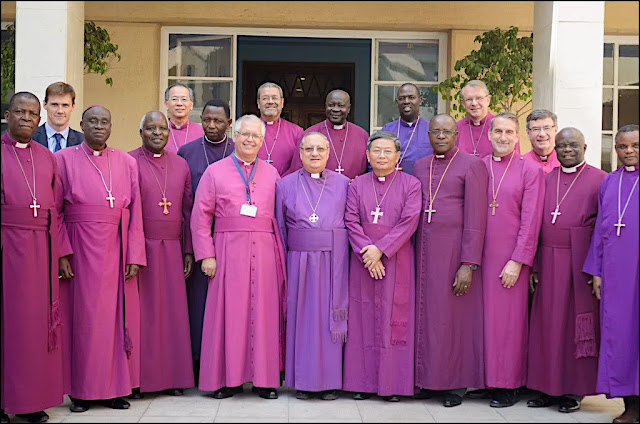 Posted by ANGLICAN DIOCESE OF OWERRI at 3:05 AM