I WONDER
Sometimes I wonder what led to Ruth following Naomi after the devastating and no ordinary loss she witnessed in the family of Naomi.  A critical look showed that Naomi and her family were immigrants from Israel in search of greener pasture.

THE ECONOMY OF ISRAEL
The economy of Israel at that time was so bad that Elimelech, Naomi's husband along with his two sons, Malhon and Killion, decided to sojourn in Moab.

Settling in Moab and allowing their sons to marry Moabite women may have been an indication that the situation there was welcoming.

Ruth and Orpah who chose to get married to the foreigners showed they too were at home with the condition of the family they married into.

"The two sons married Moabite women. One married a woman named Orpah, and the other a woman named Ruth. But about ten years later, 5 both Mahlon and Kilion died. This left Naomi alone, without her two sons or her husband." (Ruth 1:4-5).

IMPLICATION FOR RUTH AND NAOMI
The death of Mahlon and Killion meant that Ruth and Orpah were no longer legally bound to stay in the Family of Naomi and she made this clear to them on her departure from Moab:

"But on the way, Naomi said to her two daughters-in-law, “Go back to your mothers’ homes. And may the Lord reward you for your kindness to your husbands and to me. May the Lord bless you with the security of another marriage.” Then she kissed them good-bye, and they all broke down and wept." (Ruth 1:8-9).

MOABITES IN ISRAEL?
This was quite an emotional situation and Naomi spoke with all sincerity. There was a better prospect for these two, young and premature widows in Moab.  The discrimination they were likely to face in their homeland would be more bearable than that which they would have faced in Israel. Their prospects or remarrying and reintegrating into  spinsterhood were likely better in Moab. In fact the Moabites were forbidden in Israel.  Recall that they were a product of incestous/forbidden marriage. Lot impregnated his daughters and one of the children born to Lot as a result of this was Moab.

CHOICE
When the day of decision therefore came to Ruth and Orpah, they made their choice. Let me  dwell on this issue of choice for a while.  The fruit we reap are as a result of choice. The marriage we bear or enjoy are as a result of choice.  Though God rules the universe, the choices we  make shall definitely define and punctuate how He would rule us and how our eternal future might be.  The way that seems right to you now might be either the way of sorrow or peace, the way of that seems right to you now will either lead you to eternal damnation or eternal joy.  The choice is yours! 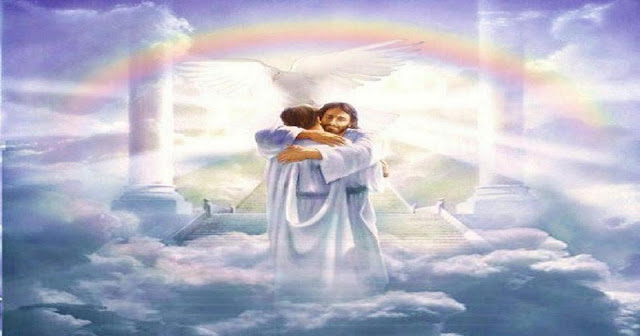 Posted by ANGLICAN DIOCESE OF OWERRI at 12:43 PM

Email ThisBlogThis!Share to TwitterShare to FacebookShare to Pinterest
Labels: image