THE CHURCH IS BEDEVILLED WITH DIVISIONS, TENSIONS AND MARRED COMMUNIONS – PRIMATE OKOH

The Nigeria Anglican Roman Catholic Commission (NARCC) held its annual conference at the Catholic Institute of West Africa (CIWA) Port Harcourt from October 11-13 2016. It continued its exploration on plausible ways of walking and working together between the Anglican and Roman Catholic Churches in Nigeria.

The Port Harcourt Conference, had as its theme  “The Church as Communion, Local and Universal” It was chaired by the Anglican Co-Chairman, the Dean of the Church of Nigeria, the Most Rev Dr Ikechi Nwachukwu Nwosu.

In his Goodwill message to the Conference, the Primate of All Nigeria, the Most Rev Nicholas D, Okoh, noted that “the church is grossly bedevilled with divisions, tensions and marred communions, not only in core beliefs, but also in essential Christian practices” and charged the conference to “come out with pragmatic road chart and concrete action plans for unity and sincere friendship relationship between Anglican Church and Roman Catholic Church in Nigeria”.

The conference started with a co-celebrated service of the Anglican and Roman Catholic Church. There was also a paper presentation on the theme and discussion of issues constituting obstacles to the communion of the two churches. 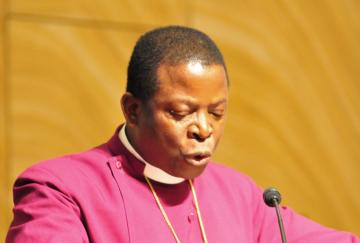 Posted by ANGLICAN DIOCESE OF OWERRI at 10:00 AM