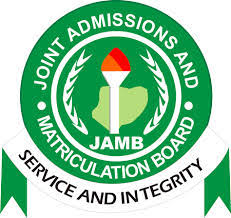 Owners of accredited centres for the Joint Admissions and Matriculation Board (JAMB) have warned parents to beware of fraudsters who are out to fleece money off their children and wards under the guise of selling JAMB forms for 2017 to them.
The approved and accredited centre owners, under the auspices of computer based test (CBT) Centre Proprietors Association of Nigeria (CPAN) Imo State wing, spoke recently to newsmen in Owerri, Imo State.

Chairman of the association, Comrade Childiebere Egboh, said that JAMB has neither announced the date for the commencement of registration nor released forms for the registration.

It has not also announced the fees, he said, adding that JAMB recently banned unaccredited business centres from participating in the registration of candidates for the examination.

According to him, for the centres to be approved, they would have met prescribed standards which included the installation of CCTV cameras and other vital equipment.

Egboh said that thousands of JAMB candidates have been defrauded of N15,000 and above and are being promised special centres by the unaccredited people, adding that it was criminal to think of special centre.

(c) Christian voice newspaper
Posted by ANGLICAN DIOCESE OF OWERRI at 11:12 AM