DNA test on Ndigbo a waste of time ... Igbos are Jews, says Medic 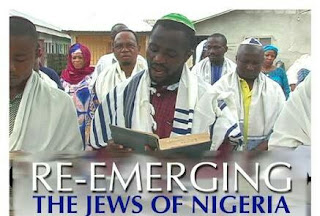 An Owerri-based medical practitioner and pro-lifer, Dr Prince Philip Njemanze, has dismissed the DNA tests on Ndigbo to determine their affinity to the Jews as a waste of time since it is already an established fact.

Dr Njemanze was reacting to news that a hospital in Anambra State had thrown its doors open to Igbo people who wish to donate their genes for DNA tests to ascertain whether they originated from the Jewish race.

He said that the exercise was programmed to mislead the people away from their established origin.

According to Dr Njemanze, the gene which tells the origin of people in every part of the world, both past and present, has been established.

The academician and professor of science said that the gene of the ancient Jews is known in genetics as the Eve gene, adding that the Igbo people have the kind of Eve gene which makes them the first offspring of the daughters of Eve by the scientific genetic tree.

Njemanze, therefore, asserts that Igbo people are ancient Jews as far as genetics is concerned.

He, however, explained that there are Jews by genetics in biblical terms, as well as Jews who were converts to the faith of Judaism.

“The Jewish converts are the ones we see in Israel today. The Jews in Israel are Europeans with the gene of N and M series,” he said.

According to him, a few of them originated from Turkey and are called the Ashkenazi Jews in the Khazar tribe and have no genetic relationship with Igbo people.

He said that there were common cultural and religious practices which the Jewish converts adopted from Igbo during the time of Kagan Empire which was in the country called Georgian .

He said that Ndigbo were mediators between God and man and were a nation of priests, having also survived persecutions in the old days.

An activist who has written books on the subject, Prof Njemanze said that the Igbo society dates back 150,000 years while no white people are beyond 6,000 to 12,000 years.

“It is impossible for genetics to associate any of the history of the old Testament with white people, scientifically speaking, because they originate just too long ago by the genetic trip”, he said.