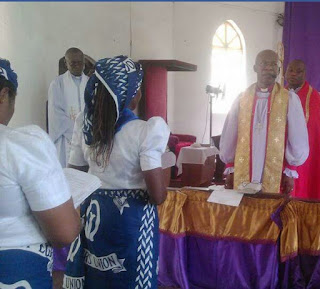 The Nigerian Hydrological Services Agency (NIHSA) has listed 16 local government areas in Imo State to be affected by different degrees of flooding in 2017.

Recent rainfalls in the state especially in the capital city, Owerri had led to flood which attracted uproar from residents of Owerri metropolis.

Opposition elements in the state had blamed the ongoing reconstruction of some projects in the state capital which it said, were of low quality, as the reason for the flood.

But this argument was countered by the state government which stated that the situation might not be peculiar to Imo State alone, as NIHSA said a total of 314 local governments in over 33 states may be affected by flood this year.

While calling for these areas to adequately prepare as the flood can be severe in some areas, it said will not be as bad that of 2012.

According to the report, four local government areas in Abia State will be affected by the flood namely Umuahia North, Umuahia South, Ukwa South and Ukwa East.

Meanwhile, the Anglican Bishop of Egbu, Rt. Rev. Geoffrey Okorofor, has called on the Imo State Government to address the problem of flooding in the state capital, Owerri, to avert the recurrence of the 2011 flood disaster.

The Bishop was speaking at a service of confirmation, admission and induction for Umudibia Parish, at St. Michaels and All Angels Church Umudibia, Nekede, Owerri West LGA, Imo State.

He made the call on the heels of the unprecedented flooding in the city recently. While expressing disgust at the reaction of government to the incident, he advised the State governor, Chief Rochas Okorocha to be mindful of the activities of sycophants in the government as citing other states that suffered flooding in the country, giving the impression that flooding was not peculiar to Owerri and Imo State.

He said that it portrayed the administration under his watch as insensitive and insincere to the plight of the people. The Bishop recalled that Owerri had been known as the cleanest city in the country with well designed flood sewage control system, and wondered why the government cannot re-enact the feat.

Regrettably, he observed that rather than addressing the flooding headlong government was only concerned with persuading the citizens to scoop the gutters without any arrangement for the evacuation of the scooped debris.

Bishop Okorafor gave kudos to the Vicar, Rev Canon Ifeanyi Onyegecha, his wife, Mrs. Chinoyerem Onyegecha and Church workers in the parish for the number of candidates presented for confirmation and those admitted into the various arm of the Church. He also commended the congregation for their support to the workers in the parish, without which they would not have been able to make a success of their ministry in their midst.

The Bishop challenged them to pursue extensive evangelism in the area and Church, ensuring that they were well focused, reaching out to the many within the environment yet to embrace the gospel message. He encouraged the priests, in particular to embark and sustain serious bible study in the Church to make the congregation more grounded in the knowledge of the scriptures and the liturgy of the Church, adding that the Anglican Communion is bible based.

Chaplain of the Bishop, Rev. Progress Okoroafor earlier in his sermon charged Christians to ensure they depended solely on Jesus Christ since they can do nothing without abiding in Christ. He asserted that Jesus Christ is all in all, such that Christians without Christ were powerless and worth nothing. He gave an analogy as recorded in the gospel of St. John15:5 describing Christ as the vine and they were the branches, and that those who abide in Him and Christ in them would bear much fruit, stressing that any branch which could not bear good fruit would be cut down while those bearing fruits would be prune to bear much fruits. Rev Okoroafor assured that Jesus is able to give them live abundantly stressing that anyone holding strongly on Him would not experience the darkness eclipsing the Nigerian nation.

(c
Posted by ANGLICAN DIOCESE OF OWERRI at 11:49 PM