Govt may backpedal ... SOLADS may come on board 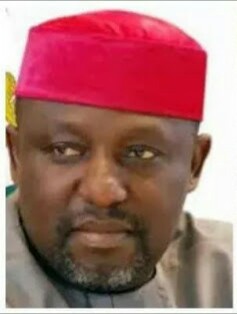 There has been intensive lobbying for the position of sole administrators of local governments in Imo State, fueling fears that the state government may backpedal on the local government elections planned for September and October this year.

Sources said that the appointment of Sole Administrators (SOLADS) had been considered because it would ensure the firm grip of the areas by the ruling All Progressives Congress (APC) in the 2019 elections.

Governor Rochas Okorocha had told journalists in May, this year, that he was going to conduct the much talked about Local Government elections in September and October 2017.

The governor cancelled the election of the local government officials he inherited from the Ikedi Ohakim administration and has not conducted any, citing litigations as reason for the cancellations.

Sources also said that the impending appointments would favour those in the good books of the Governor and loyalists to the Chief of Staff.

It was alleged that the volte face would be as a result of forces of opposition within the APC camp who are feared to have penetrated the grassroots.

“To put loyalists at the helms in the local government areas would ensure a better grip of the grassroots”, sources said.

(c) Christian voice newspaper
Posted by ANGLICAN DIOCESE OF OWERRI at 2:25 AM