Boko Haram out with new strategy ...To kill Christians 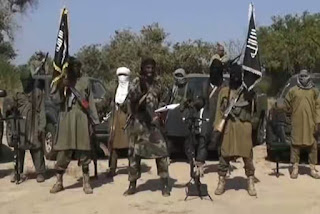 The militants hold beliefs that are extremely at odds with what most people believe in the West.

"Boko Haram believes Earth is flat, and that Muslims are permitted to take slaves and duty-bound to kill infidels. Culture and history also play a role in the group's fixation with secular education, according to analysts," said a report published in the LA Times.. "British colonialists brought education and Christianity to Nigeria at the beginning of the 20th century, triggering long-held resentment which lingers to this day."

Because of these radical beliefs, Boko Haram militants are encouraging boys who attended Christian schools to attack and kill their teachers, according to a report from the Christian persecution watchdog group International Christian Concern (ICC).

It is "disconcerting that minors are being indoctrinated by Boko Haram to kill their teachers,” said ICC.

Boko Haram has specifically targeted schools. Since their rise to prominence in 2009, 2,410 schools have either been burned down or forced to close. Additionally, as many as 611 teachers have been killed.

(c) Christian voice newspaper
Posted by ANGLICAN DIOCESE OF OWERRI at 12:54 AM