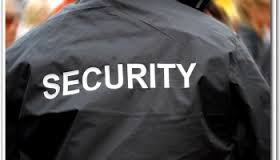 Gov. Rochas Okorocha of Imo State is praying that Nigeria should adopt the local security network system to tackle the knotty issue of security in the country, just as he had done in the state.

The governor, who was speaking at the 2016 Chief of Army Staff Conference held recently in Owerri, capital of Imo State, noted that the method is inexpensive but very effective in fighting crime.

According to him, nobody knows an area more than the indigenes.

“With the local security network, we have recorded a giant stride in security. The simple truth is that nobody knows an area more than the indigenes of the area. Imo is now one of the safest states in Nigeria. So, I pray Nigeria should adopt this method which is inexpensive but veryu effective in fighting crime”, he said.

He stressed that his Rescue Mission was able to restore peace and security through the Fourth tier government and the security watch where the indigenes are used as security personnel.

Gov. Okorocha paid glowing tribute to the Army but regretted that Nigerians do not often remember to appreciate the efforts of the soldiers who volunteered to defend their fatherland.

He praised them for recording success in the fight against Boko Haram at the Sambisa forest in Borno State.

Also commending the professional role the Nigerian Army had played in defending the country, President Muhammadu buhari, who was represented by the Secretary to the Government of the Federation (SGF), Engr. Dvid Babachir Lawal, said that the quest for security should be a collective concern.

Earlier, the Chief of Army Staff, Lt. Gen. Tukur Yusuf Buratai, said that the conference was to x-ray their activities and make projections for the next year.

He said that the newly introduced “Python Dance” would help maintain security, adding that the Army was conducting training exercises to enhance civilian-military relations.

He said that the Army was also rendering humanitarian services in form of free medical treatment to Imo people and commended Gov. Okorocha for the good relationship the Nigerian Army had enjoyed in the state.

The army chief had earlier paid a courtesy visit on Owelle Okorocha, as well as the Chairman of the Imo State Council of Traditional Rulers, HRM Eze Samuel Ohiri, Eze Imo.