UK should be proud of its Christian heritage - Prime Minister May 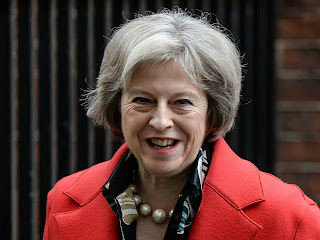 Theresa May encouraged Christians "to speak about their faith" at work and in public during Prime Minister's Questions recently.

The PM said the UK should be proud of its Christian heritage and tradition of free speech. May, a Church of England member and daughter of a clergyman, said religious freedom was "an important issue" to her personally.

Christian MP Fiona Bruce asked about religious freedom in light of a report by the Lawyers Christian Fellowship and the Evangelical Alliance that confirmed the legal rights "to speak about one's faith, respectfully, responsibly and without fear – are as strong today as ever."

May welcomed the report and said the UK had a "strong tradition of religious tolerance and freedom of speech".

Her comments came after the equalities commissionar, David Isaac, called for a "common sense approach" to dealing with religion in the workplace.

He lambasted over-zealous employees who punished Christians for talking about their faith or banned Christmas cards in favour of "seasons greetings".

He said fear of causing offence and a lack of understanding about the law caused "misinterpretation and confusion" and called for a "sensible" attitude, according to the Mail.

"I want to put the record straight... you can send Christmas cards and have a Christmas party," he said.

"Freedom of religion is a fundamental human right and it shouldn't be suppressed through fear of offending. Lots of employers have now become really worried about doing anything discriminatory regarding their Muslim or Jewish staff," he added.