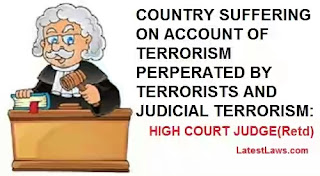 The US president-elect, Mr Donald Trump threw the luvvies of the world a curveball with his comments to President Rodrigo Duterte of the Philippines that his controversial fight against drugs was being carried out "the right way". For the records, in the four months that Duterte has been president as many as 2500 people have been executed on the streets for allegedly being drug dealers or users.

Trump and Duterte represent the growing departure from the culture of spineless political correctness, which however carries its own risk of opening the door to abuse. For the Philippines president, it is a matter of placing the nation's 103 million citizens above the interest of a dozen thousands drug dealers that are on their way to sink that country.

The outgoing US government has been critical of the crack down on drug dealers, citing right abuses and extra-judicial killings of course, without offering something concrete in the way of how to deal with the destructive drug problem. Trump, who had repeatedly expressed his disgust for political correctness, apparently understands that the larger population's right must be considered even as the rights of criminals and terrorists are recognised.

As is usually the case, a growing spiral of silence driven by a robotic imbibing of political correctness has removed the capacity of those in the position to act to protect the larger population from the destructive mission of a few fanatics that hide under human rights to threaten the wellbeing of the other citizens. The full scale of this problem is better appreciated against the recent trend of judges that free persons that would have been summarily executed in other countries.

The most brazen of this development is Justice Gabriel Kolawole of a Federal High Court in Abuja who freed the leader of extremists group, Sheik Ibrahim El-Zakyzaky in spite of the known antecedents of the Islamic Movement in Nigeria (IMN), which he leads. The group, reportedly under the direction of El-Zakyzaky, had killed security personnel in the past. It does not believe in the right of other Nigerians in the course of holding its various treks and processions and to cap it all it does not recognise the secular nature of Nigeria even as it pursues ideologies that are not different from those held by Boko Haram terrorists.

It is worrisome that Justice Kolawole admitted IMN's tendency and capacity to become ferocious like Boko Haram and still went ahead to not only unleash El-Zakyzaky on the nation. If that was not bad enough, the judge added salt to the injury by awarding N25 million to the IMN leader and another N25 million to his wife in damages, which is nothing short of forcing the government to finance a terror organisation under a judicial cover.

The judge has also created a new problem by moving El-Zakyzaky out of the place where he has been kept both as part of investigation into his crimes and for his own protection. Now that he is leaving protective custody has Justice Kolawole considered the implications if IMN members go ahead to eliminate their leader to precipitate crisis as they were earlier reported to have planned.

One would be safe to assume that the judge manifested a helpless enslavement to political correctness in arriving at such sickening verdict. The mull other possibilities is frightening since what comes to mind is that the IMN leader either bought the judgement or that Kolawole implemented the first phase of a gang up against the Department of State Services (DSS) since it first led an offensive against corrupt judges. It would be a disaster if the latter possibility turns out to be true because it would imply a few men that are willing to mortgage the country for their own interests.

How to walk back the damage done should be the concern of Nigerians at this point. One may want to revel in the fact that the judiciary, in the wake of the anti-corruption clamp down on its members, has given the presidency and the security agencies a black eye, we could in the usual fashion of being copycats claim that the excesses of military and security agencies have been curbed, or we could just flow with the dark joy at having another sensational news make the round; but ultimately we are all at risk.

We are at risk because of something called judicial precedence. There are Boko Haram fighters that would eventually be arrested, pipeline-bombing militants that would one day be apprehended, rampaging herdsmen that have killed hundreds of citizens would likely be caught one day and even the criminals that kidnap for ransom are being taken into custody. But Justice Kolawole has ensured that all those in this category would not get to stand trial because they would instead make the government pay them for being terrorists and criminals and even add buildings into the bargain for them.

Nigerian Dutertes must thus emerge in the judiciary to reverse this damage, not to order extra-judicial executions but to place the safety of 180 million Nigerians above the 'rights' of a few hundreds terrorists. We need those that will not compromise the safety of the rest of us because they want to appear politically correct and to be seen as aligning with international nuances that have not helped us in the least.

Bodies and officials with the responsibility must also take steps to prevent a repeat of this kind of disaster where the judiciary is seen as empowering terrorists against the state. The National Judicial Council for instance would do well to interrogate how Kolawole arrived at this his magical ruling.

In the interim, the DSS must seek detailed analysis of the ruling since it only ordered El-Zakyzaky's release within 45 days and did not acquit him of the crimes that brought him into protective custody. The department should therefore proceed to arraign El-Zakyzaky for the terrorist crimes he committed. The Philippines is getting real with its drug problems and we should get serious with our terrorism problems too.

(c)  Christian voice newspaper
Posted by ANGLICAN DIOCESE OF OWERRI at 3:14 AM