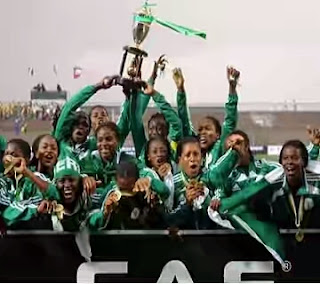 It is not ideal that state governments should spend scarce public funds to run over 80% of the clubs in Nigeria's professional foot league (NPFL).

In other climes, including South Africa the clubs are financed by public enterprises because they have a well-structured successful private sector and there investing in football is a lucrative business.

The English Premier League (EPL), is the richest football league in the world with advertisements and TV rights with billions of pounds shared among the English Premiership clubs annually. Several variables are taken into account while calculating each club's due. In some cases, relegation-bound clubs are paid more than those that were not relegated. Though relegated last season, Aston Villa FC were paid 40 million pounds, being one of the clubs that has not tasted relegation in its over 100 years history.

Little wonder then why clubs in the EPL consider it a major disaster to be relegated.

The English Professional football clubs are so heeled that the English F.A. conveniently finances their national teams to international competitions without looking up to the government unlike the case in Nigeria and indeed in some African countries.

Ghana's government had to rush over three million dollars in cash to the national team players during the World Cup in Brazil in 2014 when members of the Black Stars threatened to withdraw, further participation in the competition owing to non-payment of allowances. They argued that without such a stiff measure, that the Ghana F.A. would not have paid them after the world cup like is currently happening to Nigerian female footballers, though the senior national team won the Africa Women Championship for the eighth time in Cameroon.

But the truth is that the inability of state governments to adequately finance their teams in the N.P.F.L. is attributable to the poor state of the Nigerian economy for which the state governments are unable to run the teams like true professional clubs.

This has culminated in many players' salaries owned them for months while the governments are simply unable to meet up with the expensive logistics of running professional football clubs.

Many state governments, if they have their way, would free themselves of the burden of running the professional football clubs. But they cannot easily extricate themselves from the commitment as such would have their political, social and economic backlash. Governor Okorocha's political opponents made a capital out of the recent relegation of Heartland F.C. of Owerri from the professional league. To them, the relegation of the club for the first time in their history was a confirmation of the governor's administrative failures. One of them even asked him to resign and it is understandable.

And until this is replicated in Nigeria, the professional football league will continue to exist only in name.
Posted by ANGLICAN DIOCESE OF OWERRI at 5:49 AM