Ten Anglican cleric were ordained priests while one was ordained a deacon in the Diocese of Egbu at the weekend. 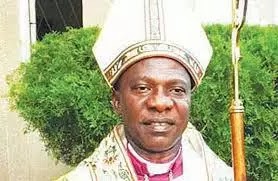 Performing the ordination, the Bishop of Egbu, Rt. Rev. Geoffrey Okorafor, charged the newly ordained to fashion their lives and families in the way of Jesus Christ.

Bishop Okorafor urged them to always study the Holy Scriptures and seek things that would make them stronger as ministers of God.

He also charged the faithful to support and encourage the priests as their job was tasking, requiring the goodwill and prayers of everyone “for renewed unction for them to perform optimally.

Earlier, the retreatant and Vicar of St. Michael's and All Angels Anglican Church, Umudibia, Nekede, told the newly ordained not to be intimidated by their new calling, so long as they live according to God's instructions and obey the tenets of their calling.

Ordinand Moore Emereonye was the only deacon ordained.

Present at the ordination were he pioneer bishop of the diocese, Rt. Rev. Prof Emmanuel Iheagwam and his wife, Mrs Adaku Iheagwam, the Chancellor of the diocese, Hon. Justice B. A. Njemanze who administered the declarations and oaths, his wife Dr. (Mrs.) Joy Njemanze, the Registrar Barr. Ifeanyi Eke, the president and member of the knight's council and their ladies, among other dignitaries.